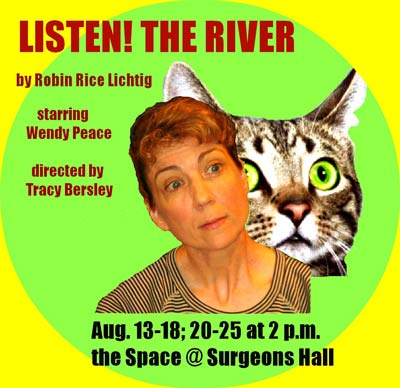 Plug in your imagination. A funny, moving, deeply-felt story about love, loss, adapting to change and new beginnings. Human foibles and destinies are revealed through the eyes of a young Maine Coon Cat with attitude as his family suffers the illness and death of a daughter and sister. The story weaves gently through the specifics of everyday life, touching on the universal in all of us.

SET REQUIREMENTS: This play may be performed on a bare stage with only a few set pieces. In Edinburgh, the set pieces were four plastic Parson’s tables (from Ikea) which were rearranged for different purposes. Easy-peasy!

HONORS: Chosen for production at the Edinburgh Fringe Festival with previews Off-Broadway and a subsequent showing in London.