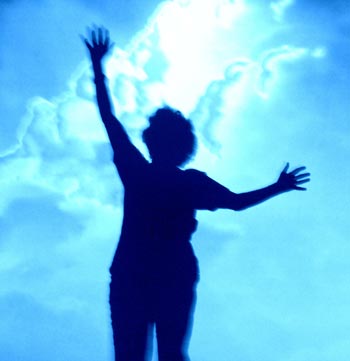 JANUARY 1: My New Year’s resolution is to turn my back on all my short and one-act plays and concentrate on getting the full-lengths produced. I have faith that each and every one of them is a winner. It’s hard to commit plays like BRONCO BUSTER, which is a sure-fire pleaser, to the back shelf, but JAC Publishing has offered to publish almost all of my shorts as well as SITTING DUCK SEASON and O RUMBLES OF JOY! I should just go ahead and let them be published so I can focus on the full-lengths.

LAST YEAR SADLY saw the passing of August Wilson, a lovely and oh so talented gentleman playwright who touched my shoulder as we had early-morning coffee in Valdez. Who offered encouragement, while maintaining that white folks couldn’t write plays about black folks. I don’t agree, August, but love you just the same. 2005 saw Wendy Wasserstein battling cancer– a brave, open, caring woman who simply has to write more plays!

UNDERTOAD UPDATE: There have been no more productions of the play. Par for the course, unfortunately, for new full-length plays written by not famous people. Even accomplished and recognized playwrights can’t get published or produced. More theaters have closed. More have shut down their new-play and development divisions. Money is tight, no thanks to our friend in the White House who has plunged the U.S. into massive debt yet continues the illegal war in Iraq.

JANUARY 4: I’m currently working on expanding THE LAST FRONTIER from a one-act to a full-length. The one-act version was supposed to be produced by The Drilling Company (NYC) last December, but the A.D., Hamilton Clancy, advised that it was such a big play it needed to be full-length. So, having put the one-act out of my mind, and gotten past the depression-disappointment, and realized after getting some distance on it that he’s right, I’ve plunged through the first draft of the longer version. Actions are shifted. Motivations turned on their heads. Same story, but very different in many ways. Yay! Offer of a mini-workshop in March of this play from New Georges. Now I’m cookin with gas.

JANUARY 5: So wouldn’t you know, here comes an email that the ONE-ACT VERSION has been accepted for production at Mae West Fest in Seattle. No, they don’t do full-lengths. No, they don’t want O RUMBLES OF JOY! which I also submitted. They unanimously want this old one-act that I’m mentally way beyond. Maybe they won’t find a director. Oops. Email from Karen Kinch whom I know from Valdez and Columbus playwriting retreats, volunteering to direct for me at Mae West Fest. I am feeling very unsure about the one-act version now. Tell her she has to read it first and get back to me. Maybe she’ll see all the holes in it and drop out. Oh shit. I’m immersed in the full-length. Don’t want to think about this! But I do want to go to Seattle in May for the festival. Good folks involved with that.

JANUARY 13: Two days ago I got an email from a producer saying: The Kraine Theater is available for a reading this Monday night. Want to do it? In less than a week? I held my breath and dove in. Nothing ventured nothing gained, though it feels like learning to swim by jumping into a cold lake. The new, expanded to full-length version of WOMEN WITHOUT WALLS (produced as a one-act, WHITE LIGHT, at the Ohio Fringe this past summer) is up and running.

JANUARY 30: Wendy Wasserstein died today. We are without a smart, wry, generous, very talented lady. I met her twice. Once when I was just beginning to study playwriting at a Mt. Holyoke gathering. She spoke to this neophyte as if we were equals. I wasn’t crazy about her plays (except for “Uncommon Women and Others” which is a blast), but I admire her daring to do the unconventional and her persistence as a woman playwright. We will miss you, Wendy! And I can’t help thinking about her little seven-year-old, Lucy Jane. Wendy never revealed the name of the father. I can only assume that Wendy had tons of close friends who will make sure Lucy Jane is raised the way her mother would have raised her– with an open mind and an open heart.

JANUARY 31: January’s gone already? At the beginning of the year I had not much coming up. Now I have: rehearsed readings of FEATHERS FLY at Teachers Theatre in NJ and the NYC Drama Book Shop in the next month; presentation of LIFE 101 up in Bennington, VT; the New Georges workshop of THE LAST FRONTIER, the Mae West Fest production of the one-act version of that play; a batch of other readings. Still focusing on sending out full-lengths and NOT these damn short plays. JAC is going to publish eight or nine of the shorts in a compilation (stuck to my guns there and finally won out!) as well as O RUMBLES OF JOY! and SITTING DUCK SEASON. So now if I can get unstuck and continue with rewrites for the New Georges workshop… Taking daughter and grandkiddies to DisneyWorld on Thursday. That should shake me up enough to WANT to get back to rewrites. Five days with kids at DisneyWorld– just what this old writer needs to make her crave the solitude of writing!

FEBRUARY 1: And now Coretta Scott King has died. It feels like the infrastructure of my world is being peeled away. Coretta was the second black person to attend my alma mater, Antioch College. The first, in 1943, was her sister. Somewhere in my files for a play I was going to write about integrating the barbershop in Yellow Springs, OH, is a letter from Coretta when she was on a co-op job in, I think, Chicago, to a friend back on campus. Have to find it and donate it to an archives. * Got the galley proof of O RUMBLES OF JOY! from JAC. I don’t care if they aren’t well-known. Smart people working there. Very few mistakes and no typos. It looks good for a paperback: pink with a picture of one of the library lions on the cover.

FEBRUARY 16: Finished draft 13 of THE LAST FRONTIER. Waiting for the cast that Handan has assembled to do a read-through so I can polish for the New Georges reading on March 23. Meet with Susan Bernfield, A.D. of NG on Feb. 27 to find out what the workshop is all about. With draft 13 sitting calmly, spent two days figuring out how to put “buy now” buttons that link to PayPal on my site. Looks kind of tacky, but I’m happy that my brain could exit the stratosphere of middle-aged fog and DO IT. Today we figure out meta tags so my site will pop up on search engines. Gotta make some money at this! Money is my least favorite thing to think about, but of course in order NOT to think about it you have to have it. 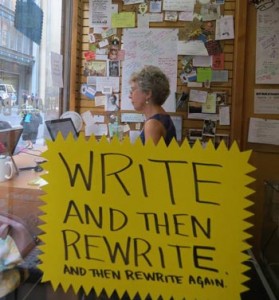 MAY 5: Ohmygod is it May already?! Been to Costa Rica and back. Had various productions here and there. The biggest deal was the workshop reading of THE LAST FRONTIER at New Georges. Standing room only, enthusiastic audience, great GREAT reading. Feel secure. To follow was problems and indecision regarding the production of that play in Seattle in May at Mae West Fest. The version they’d accepted was an earlier one-act that I really want nothing to do with. The mistakes in the one-act were fixed in the full-length. Don’t want to go backwards. They don’t do full-lengths. Argh! My director there traded one of our three (45 minute) performance times away in order to get two one-hour slots. I’m not expecting a whole lot. Train to Washington, D.C., next Friday to see a reading of EMBRACING THE UNDERTOAD at Venus Theatre there (hope hope they give it a production!). Then, 24 hours later fly to Seattle. God knows what will happen there. I never should have agreed to let them do the one act. I’ve learned a lesson. Meanwhile, HUMANS REMAIN is one of six finalists at Reverie Productions in NYC. Gets a reading on June 12. Great since I haven’t heard the new adjustment to the script where I made the one Caucasian character African-American like the others. Hope it resonates the way I want it to. They don’t have a director yet. It’s a big play. Hope they can find someone really good. I killed myself for 10 days after getting back from Costa Rica to make this change. Not an easy task finding a producer for this play (ha – is it easy for any of the full-lengths?). A white woman writing a play about African-Americans doesn’t go down easy it seems. So what the people out at Karamu Rep in Cleveland thought the play was written by a young black man until they saw my photo. Onward!

AUGUST 18: August already!! Readings, workshops, intensive at Sarah Lawrence College, readings in D.C. and Seattle between February and now. Concentrating totally on full-lengths, so there won’t be many productions happening. Waiting to hear from NJ Rep. about their Theatre Brut (wrote LIFE 101 and FEATHERS FLY specifically for them, based on their theme of the Seven Deadly Sins. Both plays are finalists. NJ Rep. does such a bang-up job with their plays (long and short) that I’m making an exception to my full-lengths only rule for them. Also waiting to hear from Six Figures Theatre Company about BLOOD SISTERS. Okay, that’s a new one-act, but I had to do something at Sarah Lawrence. Spent all of July doing nothing but sending out queries. Sad how many I get back from the Post Office because, I assume, the theater has closed. Especially vulnerable are the black theaters.

I think the blog has dropped to the bottom of my “to do” list. If I have an hour, it’s more important to send a script or two to a competition before the deadline passes, or to file away some of the growing piles of paper that threaten to suffocate my desk, or damnit make an outline of the rewrite that I’m stuck on. I’m just not cut out for diary-keeping. Next time I get a production of a full-length play, I’ll take it up again. Maybe. Signing off JANUARY 24, 2007.