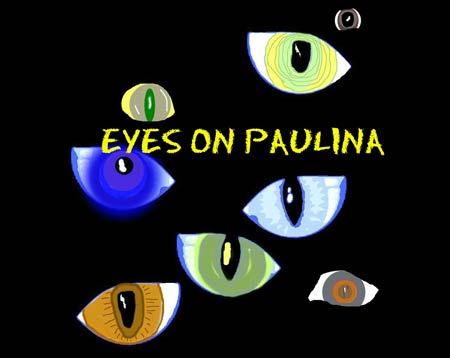 Paulina Cranshaw is a vice president at a brokerage firm in Seattle. She is guilty of financial hanky-panky, and the feds are closing in. She decides to make a run for the Mexican border in an old 1990 van. The van turns out to be more than she bargained for. As Paulina barrels down the coast toward Mexico, the van introduces himself. He is Enrique, and he has seen a lot of life. In voiceover, Enrique tries to save Paulina’s life, though not in the way she wants to be saved.

Most of the film follows Paulina on her desperate road trip south along the Pacific Coast through Oregon and into California. A few characters (which may or may not be played by the same actor as desired) are Paulina’s father (seen in memory), a Mexican immigrant, a policeman, store clerk, angry man. A child and angry crowd are heard but not seen.

For up-to-date listings, go to Robin Rice-Playwright on Facebook.

My interview on Hilary Adams' Story and Horse podcast has landed. Whole lot of talk about creativity, where it comes from, some of the places you can find it.

My agent in Italy, Antonia Brancati, offers EVERYDAY EDNA MAE. She is in the process of translating THE BREAST MONOLOGUES.

Most Robin Rice plays are posted on the National New Play Network's New Play Exchange (NPX). For $10 membership the full scripts may be read, and you can post reviews.