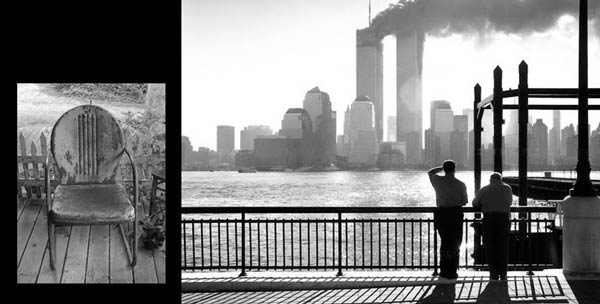 Young Darby’s beloved wife (or husband) died in the devastation of the Twin Towers in New York City on 9/11. S/he is sitting on his screen porch in New Jersey, looking across toward the city where the Towers once stood, unable to do anything. In desolation, Darby imagines sitting without moving for so long s/he will be absorbed by the air.

A crusty mailcarrier tries to deliver mail to Darby. Darby can’t get rid of the mailcarrier. The mailcarrier, who seems to have an ethereal connection to nature, is determined to deliver not only the mail, but a renewed life. In the end the mailcarrier touches on something that Darby cares about, and stirs Darby’s will to live.